On a sparkling afternoon in September we went for one of our ambles along the Yass River at Joe O’Connor Park.

I was in a snap-happy camera daze of ‘Oohs’ and ‘Ahs’.

Another afternoon walker was also entranced by the green pasture on the banks after a rare, good fall of rain. Cows grazed on the far hill, wandering placidly. Willows trailed their leaves in the water, teasing the fish. The fish jumped occasionally, splashing circles across the mirrored surface.

In her admiration of the enchanting view, the lady said wistfully, “It looks just like France.”

That’s a very big call to make! I wouldn’t know, as I’ve never been there.

How are you travelling? Say g'day! Cancel reply

Lover of stories. 'L-plate-plus' photographer. From country New South Wales, Australia. ~ Wandering in the landscape, awestruck by nature. Sharing what I find along the way. 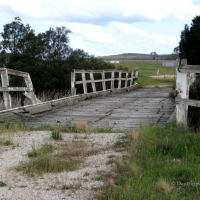